Cold on the air

The basic components are the same as the upper blowing type, except that in the cooling mode, the lower blowing is made of circulating water but the main form of cooling. The design position of each component is different from that of the upper blowing. This production process is in China's PE and PP film production is more common. In the production of multi-layer co-extruded high-barrier films, the above-mentioned blow-cooled units are still the mainstay. Regardless of which two types of units are used, the appearance of the tubular film is the main performance feature. In the vacuum bag making, the protection of the contents of the package is reduced by the reduction of two heat seals. Cast film has a great advantage. It is better in tensile strength than cast film. 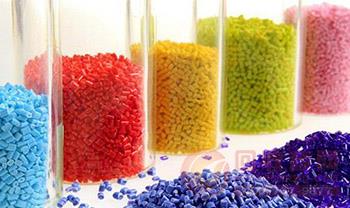 The imported production line is mainly represented by the seven-story and eleven-story units of Zhongshan Xiangfu, Guangdong, and the nine-story unit of Changzhou Haiqi Plastics.

These two production processes are the most common in China. Because the blow molding process cannot be compared with cast film in terms of product flatness and transparency, its high production efficiency, low equipment investment, and low material loss are casting processes. incomparable.

Therefore, in the foreign companies to improve the blow molding process inadequacies, in-depth research and development, mainly reflected in (1) die design improvement, using a unique parallel multi-channel design concept; (2) right The position and angle of the extruder are placed; (3) the improvement of the system (mainly by the wind ring and internal cooling technology) (4) the four aspects of material formulation and structural design. It has been proved by practice that at the level of transparency and flatness of the film, the thickness uniformity of each layer material reaches or approaches the level of the casting method. If domestic enterprises invest in high-barrier film equipment, they will basically be blown film after 2010.

Comparison of blow molding and casting

1. The casting method is more suitable for the production of multi-layer co-extruded film than the blow molding method. Especially when co-extrusion is carried out using materials of different materials, the production process parameters of the casting method are easier to control, and the processing equipment is more suitable. The key part - the design of the die is more effective in ensuring the uniformity of the distribution of various materials in the product. The multi-layer co-extrusion die of the blow molding method is more difficult, the structure is more complicated and the technology is not mature enough.

2. In the processing equipment of the casting method, the distance from the die to the cold roll (forming to shaping) is generally 10-20 mm, the film curtain is short and with the help of the vacuum suction hood, air knife and edge fixing device. Quick setting, product quality is good and stable. The blow molding method has an inflation process due to the melt film and relies on air or water to cool the shape. The setting time of the product is too long and the change before setting is very large (generally 4 to 7 times inflated). It is easy to be affected by the outside world and its own factors in the melt film stage, and the quality control of the product is very difficult and the stability is poor.

1. The blow molding method causes the longitudinal and transverse molecules of the product to be stretched to varying degrees due to an inflation process. The temperature resistance and heat sealing performance of the product will be greatly affected. When the product needs to be retort sterilized (such as steam at 121 Â° C), the molecular chain being stretched during molding will have obvious retraction after being heated, resulting in severe deformation of the product. And will greatly reduce the strength of the heat seal joint and lead to bag leakage.

2, casting film (also known as unstretched film), the molecular arrangement is orderly, the product cooling speed is fast, which is beneficial to improve the transparency, gloss and thickness uniformity of the product, and the product texture is soft and tough; Impact resistance, heat resistance and low temperature adaptability are better than blow molding.

3. The production efficiency of the casting method is extremely high, and the product quality is stable. There is less waste in the production process, and it is easier to achieve online recycling, waste, and high utilization of materials.

4. The casting method adopts a flat die head, and a special retaining groove is arranged in the die head to ensure uniformity of material flow, and the uniformity of the lip gap can be automatically controlled by the automatic adjusting device of the die, and the control precision is very high. Thicker films can be controlled to less than Â±3%. The annular die and the multi-layer superimposed core used in the blow molding method have very high requirements on machining accuracy and assembly precision, and are particularly difficult to control. If the machining and the fitting precision have slight errors, they cannot be compensated by adjustment, so the product is The thickness tolerance is about Â±10%. For a 200Î¼m thick film, it means that the thinnest part is 180Î¼m and the thickest part is 220Î¼m. In the case of solder sealing, the gap between the mold and the heat sealing temperature are adjusted anyway. It is difficult to ensure that the thickest and thinnest parts can achieve the necessary sealing strength. The phenomenon of leaking bags is inevitable, and the yield is naturally low.

5. For materials with low melt strength, down-blowing and water-cooling are required. Incomplete water drying or improper selection of the corona layer may result in poor corona treatment or severe corona attenuation. Affects the bonding fastness of the printed ink and causes discoloration. The casting method uses a steel slab roll (internal cooling water) to cool the film, and the moisture does not directly contact the film.

6. For the film to be cooked (121 Â° C steam sterilization), no matter the casting method or the blow molding method, it is necessary to use the raw materials resistant to cooking. Non-cooked grade materials can cause hard, brittle, and whitening of the film after cooking. It not only affects the appearance of the film, but also causes the impact resistance and pressure resistance of the bag to be seriously degraded, failing to meet the testing standards and usage requirements.

7. During the plastic molding process, the accumulation of residues is easily generated at the die due to thermal decomposition or low molecular weight. The casting method can be easily removed and the residue in the blown film bubble can only be removed by shutdown. If it is not removed in time, it is easily entrained in the film, causing the content of impurities in the content to exceed the standard or causing obvious scratches on the surface of the film. Due to the low production volume of the blow molding method and the waste of driving, such as frequent opening and parking units, the production cost has increased significantly.

2. Because the blow molding method is limited by the process conditions, the product quality is poor, the output is small, and the unit production cost is high. Although it is continuously improved and perfected, it is still difficult to replace the casting method. This is the most fundamental reason why the production of cast film in food packaging substrate film is much higher than that of blown film.

This is an adjustable mounting system for flat roof (no matter concrete flat roof or tin flat roof and ground).

It can be adjusted in different seasons for maximum power generation.

With SunRack adjustable mounting brackets,you will earn a lot for your solar system.