Skip to content
February 25, 2021
The cotton thread is flying up and down in the hands of spinning women workers in the National Cotton Factory. The â€œNational Cottonâ€ brand carries the memory of a city. During the football World Cup held recently, more than 300 Yutong buses from Zhengzhou shuttled between cities in Russia. A landscape. up to now,... 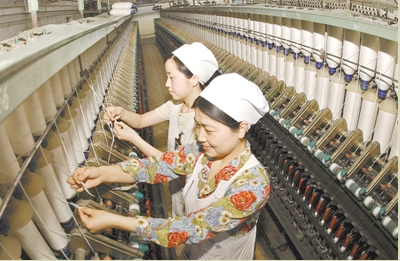 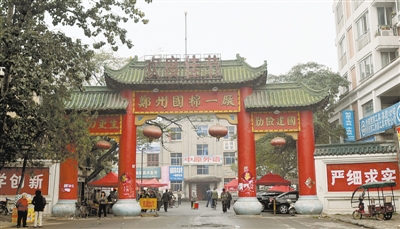 The old name of â€œNational Cottonâ€ carries the memory of a city.

Just before the football World Cup held recently, more than 300 Yutong buses from Zhengzhou shuttled between cities in Russia and became a landscape. Up to now, the Yutong bus market has covered five continents and exported to 30 countries and regions including France, Britain and Russia.

In the past 40 years of reform and opening up, Zhengzhou City has actively explored the industrialized development road that suits its own characteristics, and realized the leap-forward development of the industrial economy from small to large and weak and strong. The industrial structure has achieved a simple structure from the structure to the complete range of industrial structures. From labor-intensive to capital-based and technology-intensive, a group of "Zhengzhou Manufacturing" with international competitiveness and influence has gone to the whole country and the whole world, and has become a shining business card to show the image of Zhengzhou to the world.

There is a cotton spinning road in the west of Zhengzhou. The name of the road comes from several national cotton enterprises lined up on both sides. During the â€œFirst Five-Year Planâ€ period, the state invested heavily in the construction of the largest national cotton base in Henan and even the country. At the same time, more than 100 industrial enterprises including the Second Grinding Wheel Factory, Zhengzhou Textile Machinery Factory and Zhengzhou Cigarette Factory were built, rebuilt and expanded, which laid the foundation for Zhengzhou's industrial development.

In the 1990s, state-owned enterprises such as the â€œNational Cottonâ€ brand were restructured, and the new factory was relocated to the new Zhenglong Lake, Xushui and Baisha Towns. The industrial pattern of Zhengzhouâ€™s original state-owned enterprise â€œunified worldâ€ was also broken. .

Zhengzhou City has adapted to the changes in the situation and has cultivated six pillar industries such as coal power, cement building materials, food, aluminum, automobiles and textiles. Industry has become the main battlefield for economic and social development. Since the 18th National Congress, in the new round of industrial transfer and industrial revolution, Zhengzhou has established automobile and equipment manufacturing, electronic information industry, new materials industry, biological and pharmaceutical industry, aluminum and aluminum deep processing industry, modern food. The modern industrial system with seven leading industries and a relatively complete industry, such as manufacturing, household and brand clothing manufacturing, has become an important industrial city in the central region and even the whole country.

Today, the second grinding wheel factory that once carried Zhengzhou's development memory is transforming into a cultural and creative park. The factory has become a historical and industrial heritage. â€œI am looking forward to the rebirth of Ersha. The old industrial buildings in the western part of Zhengzhou are the memory of this city. It is also the best record of the struggles of several generations of urban builders. I hope it will grow together with this new city.â€ Born in Tian Xiaoguang, a citizen of Zhengzhou, who is in the West District, told the reporter that he hopes Zhengzhou will not forget this glorious history on the road to the country's central city and the â€œMade in Chinaâ€. Don't lose this spirit of struggle.

Made the first quick-frozen dumplings and created a new frozen food industry. Today, Zhengzhou's Sanquan, Missing and other fast-frozen food enterprises have a market share of more than 60% in the country. Zhengzhou has also become the country's largest frozen food production, research and development base and logistics center, driving Henan from "China Granary" to "Chinese Kitchen" "Go to the "world table" leap and transformation.

Zhengzhou also owns the â€œnational business cardâ€ of Yutong. From a small and unknown factory, it has grown into the leader of China's bus industry. From the perspective of China to the global share, Yutong's global market share has reached 15%. It has become the world's largest passenger car company for six consecutive years.

On September 28, 2017, the 600-acre China Railway Intelligent High-end Equipment Industrial Park project landed in Zhengzhou Economic Development Zone. After the completion of the industrial park, it will become the world's largest intelligent shield equipment industry park. China Railway Equipment will also take this opportunity to launch a charge to the "world first."

The name of â€œMobile Cityâ€ in Zhengzhou Airport Economic Comprehensive Experimental Zone has become louder and louder. In 2017, the intelligent terminal (mobile phone) industrial park in the district has accumulated 188 enterprises, and the annual mobile phone production is about 295 million, with an output value of about 284.595 billion yuan. Smartphone shipments account for 1/7 of the world's total, and Zhengzhou has become an important smartphone production base in the country.

Embark on a new journey of "making a strong city"

At the beginning of reform and opening up, the traditional industries in our city are mainly resource-intensive industries with high energy consumption and high pollution, accounting for about 80% of the total industry. In 2014, the proportion of strategic industries such as electronic information, automobile and equipment manufacturing accounted for more than the high-energy industry such as coal power and chemical industry for the first time. In 2016, the proportion of electronic information, automobile and equipment manufacturing, new materials, biology and medicine in the city's industry increased to 51.8%. In recent years, Zhengzhou City has vigorously implemented the â€œclearingâ€ operation of backward production capacity, and accelerated the elimination of backward production capacity of over one million tons of paper, cement and ferroalloy industries.

With the deepening of structural reforms in the supply side of the manufacturing industry, the proportion of high-energy-consuming industries in the city fell to 40.5% in 2017, only half of the initial period of reform and opening up. At the same time, electronic information, automobile and equipment manufacturing, new materials, The proportion of strategic industries such as biology and medicine has reached 55.8%, forming 6 billion-level industrial clusters such as electronic information, automobiles, equipment manufacturing, new materials, modern food, aluminum and aluminum deep processing, and becoming the world's largest Apple mobile phone. Production bases, bus production bases and important industrial bases such as electronic information, information security, cold chain food, superhard materials and new refractory materials.

In 2015, the total value added of industrial enterprises above designated size jumped to the third place in 27 provincial capital cities across the country, marking the successful entry of Zhengzhou Industrial into the first phalanx of the country. In 2016, the output value of Zhengzhou Automobile Industry exceeded 100 billion yuan for the first time, and the city's 100 billion-level industry reached 6, and the leading role of the cluster became more prominent. In 2017, the city was approved as a pilot city of â€œMade in China 2025â€. The added value of industrial enterprises above designated size reached 319.13 billion yuan, an increase of nearly 10 billion yuan over 2013.

Specializing in the production of pp sheet, the products include PP blister sheet, PP high transparent blister sheet, PP black conductive sheet, PP antistatic sheet, PP double color sheet, PP frosted sheet, PP transparent twill sheet, etc. , It is widely used in packaging of plastic, electronics, stationery, toys, food, etc. The products meet the QS food hygiene license certification, and the factory is equipped with a dust-free workshop, which meets the EU SGS environmental protection certification. After years of rich production experience and the use of unique processing ratios, the PP Sheet produced by the company has good transparency, heat resistance (maximum 120 degrees), low temperature resistance (minimum -40 degrees), printable, thermal Sealing, punching and cutting, high blister performance, good toughness, good appearance, good packaging, easy processing and punching, light specific gravity, etc. Especially when it is used in the packaging of frozen food, it can be directly heated in a microwave oven without deformation, and it can also be frozen for a long time in a -40 degree freezer without breaking easily.


Polypropylene is most commonly used for plastic moldings where it is injected into a mold while molten, forming complex shapes at relatively low cost and high volume, examples include bottle tops, bottles and fittings. It is widely used for the production of stationary folders, packaging and storage boxes.

4.PP material can be dyed into different colors according to the customer's demand 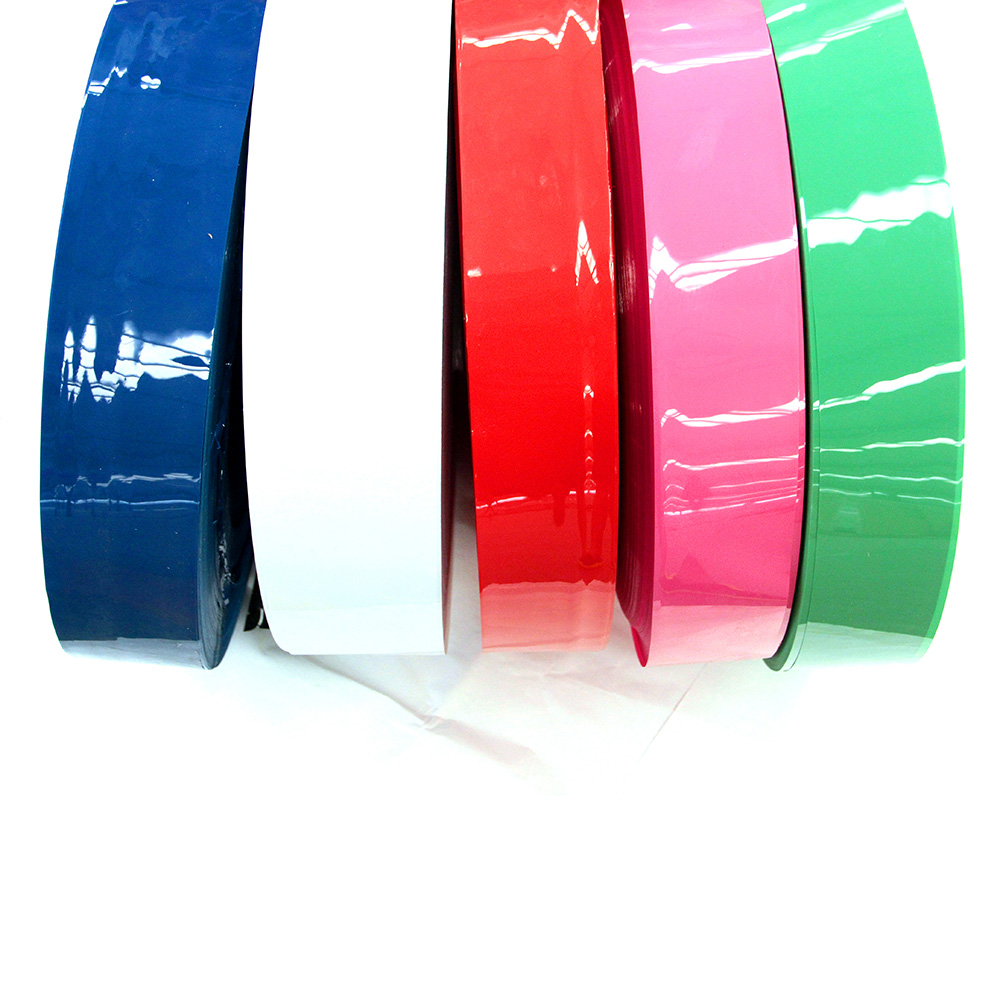 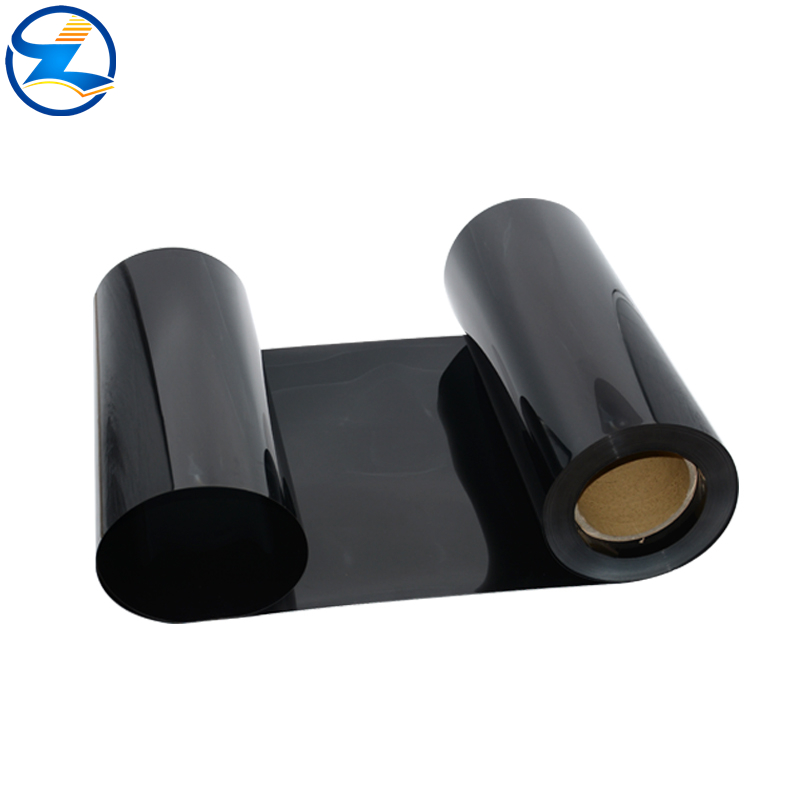